Get the latest content first! Just tell me where to send it.
You are here: Home / School / 66th Republic Day Parade, Live – My Presentation 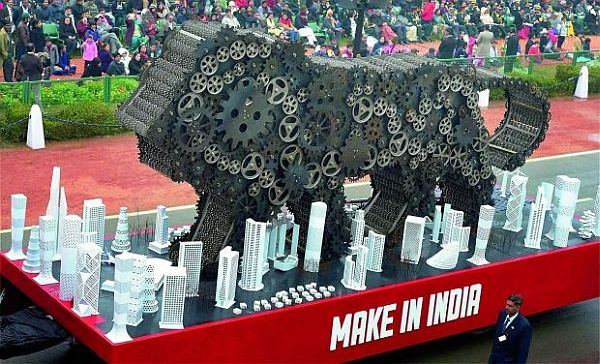 Good morning one and all! Today I woke up with the sun again. It’s a special day – India’s 66th Republic Day.

We should honour and appreciate the heroic efforts of our freedom fighters in liberating our nation from foreign domination.

It’s pity; many young Indians rejoice the day as a holiday or a day of amusement. I really agree that patriotism cannot be forced and it is more than just flying the flag.

My dad says, the nation gets emotional attachment and honours its brave hearts on this special day.

Interests and preferences change over the generations. Getting Independence was the priority on that day. Finding access to open space for play and exercise in this concrete jungle is vital for my generation.

With regards to the brave hearts, I close this debate with no end in sight.

Coming to the topic, we were asked to submit (in my school) a short presentation on the 66th Republic Day event. This is for your perusal.

Mr. Narendra Modi, the Prime Minister of India paid tributes to the martyrs by observing 2 minutes silence at the India Gate before heading towards Raj Path.

Mr. Barack Hussein Obama II, the 44th and current President of the United States of America is the first-ever American President to attend the Republic day eve.

A cheer of welcome in the air greeted Mr Obama and the first lady, Michelle as they arrived at the parade.

Showstopper of the Republic Day Parade:

Tableaus from 16 states and 9 central ministries were showcased in the parade. A.P’s “Sankranthi Sambaralu” and Telangana’s “Bonalu” tableaus were also present.

Mr Modi’s “ Make in India ” campaign tableau depicting a mechanised lion was among the highlights. March past by the woman of Army, Navy and I.A.F for the first time in the republic day parade was outstanding.

The dance performances by children of different schools were lively. The motorcycle display by the BSF was a showstopper. The parade came to an end with a spectacular flypast by the IAF leaving the smoke traits of the tricoloured national flag.