Get the latest content first! Just tell me where to send it.
You are here: Home / Entertainment / Epic Semifinal Between New Zealand and South Africa 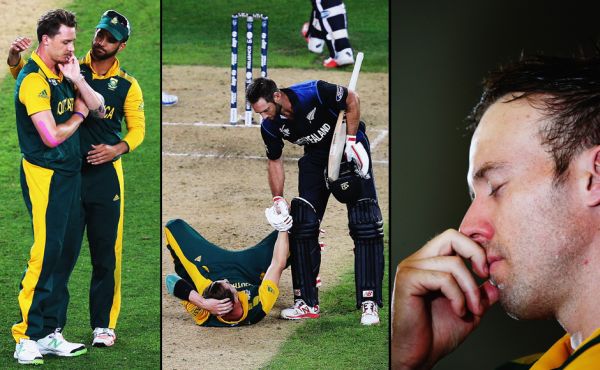 Emotions made cricket won the game

The semifinal match between New Zealand and South Africa was the most thrilling match I’ve ever seen. The South Africans gave a tough fight for the Kiwis.

With a ball left, Kiwis fulfilled the dreams of their people. In a nail-biting finish, South Africa dropped catches and missed run-outs otherwise they would’ve won the match for sure.

South Africa won the toss and opted to bat. The openers got off early. Faf du Plessis batted well. AB de Villers … He was batting like the terminator and all of a sudden the rain started pouring in.

As usual, the rain did no favours to South Africa and as a result, they lost 7 crucial overs and gave a target of 298 (by Duckworth-Lewis, D/L method).

The rain made a spoilsport otherwise they would’ve given a target of 360 plus runs. You can’t believe it; AB de Villers and David Miller scored a hundred of the last 7 overs.

To put off anxiety, I folded the newspaper and began reading it. My dad said, “cheer up, son!” The wonderful contribution from Brendon McCullum and Corey Anderson made the target look within their range.

In the last over, Kiwis required 11 runs. Elliot hits an unbelievable six off the penultimate ball and New Zealand won the match. It was the first time for the Kiwis to go the world cup final.

Truly, an amazing game of cricket. There was complete silence inside and outside. ABD and his men cried. Though Kiwis might have won the match Proteas won the hearts. That’s pretty amazing!

Infinite credit to both teams. I’m sure everyone will remember this epic cricket semi-final for the rest of their lives.

The only person I admire after Sachin is Ab de Villers. This admiration flooded higher when he spoke a word neither about rain nor the D/L method. Moreover, he didn’t even blame his fielders for dropping catches. Just said, “The better team won”.

This is really incredible and he had won the hearts of all cricket lovers.

Let me share with you a tweet at Cricbuzz – “You become great when you win a tough contest. You become a legend when you share your rival’s pain. That’s rightly said.