Get the latest content first! Just tell me where to send it.
You are here: Home / Travel / Kerala Trip Memories – My Experience of God’s Own Country 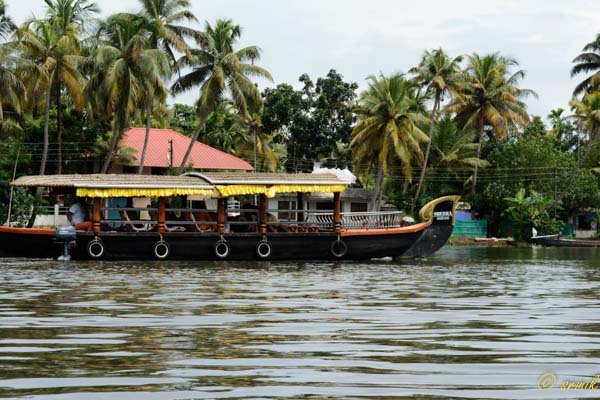 Kerala trip memories – a beautiful memory for a lifetime.

It was the first day of our mid-term vacation. I thought I would stay home and read for the half-yearly examinations. Then my mom and dad gave me a BIG surprise.

They told we were going on a family trip to Kerala! But I questioned them, “How about my half-yearly exams?” Got a reply that I could take some books with me. I felt a little better.

Packed our bags and got ready for the Kerala Trip Experience.

Kerala Trip Memories – You Just Can’t Get Enough Of It

We got ready for the day and left for the airport. We took a taxi to reach there. It was a chilly, windy and cloudy morning. I thought that it will rain heavily. So, it was natural to think that our flight would be delayed or cancelled.

Upon reaching the airport, I got extremely cold due to the chilly breeze. I realized that there were many air-conditioners behind me. To get rid of that, I ran to the gate where I was about to board in.

A fight for the Window-seat!

After a while, the thing I was waiting for the flight to take off. When the aeroplane took off, I felt cosy and comfortable in my seat. Then I thought that the sky view from the aeroplane would be beautiful and amazing.

So asked mom if she would switch her seat with me. I was sitting on the aisle. She replied and smiled back at me, “No! I hate to sit on the aisle, don’t you know that?” I replied in negative so we fought for the seat.

Finally, we came to the conclusion that I will get the window seat for half of the journey while my mother would sit for the rest of time.

When we reached Cochin, it was nearly lunchtime. We ate at a local restaurant and departed for our destination (Lovedale Lakeside Homestay).

When we reached Lovedale Lakeside Homestay, the only thing I wanted to do was read for Hindi examination. After reading for a short time I got interested in the beautiful scenery there.

Slept on the hammock and stared at the setting sun and the beautiful river in which the birds like flamingos and cranes searching for prey. Then after a while, we had supper loaded with fish fry and curry which I did not know the name of.

DAY 2 @ Enjoying Life along the Backwaters of Kerala

After having a good night’s sleep, I woke up feeling numb. Had a glass of milk, stretched my legs and went for a walk near our homestay. After having breakfast, we left for boat riding.

Rowed for more than two and a half hours. Didn’t give any chance to mom or dad as we had a race with some foreigners who came from Germany and France. I could row quicker than them and thought we would win the game. But sadly, we lost the race as mom took my place.

Had lunch in the other person’s home who helped us in rowing. We got to taste the local cuisine there. It was a traditional thali served on a banana leaf.

Then we took a jetty back to reach the place where our driver was standing. Finally created happy memories that will last a lifetime. We ate supper and slept happily.

Woke up early and packed our bags. The owners did us a great help by making and packing breakfast for us at the crack of dawn.

I was so touched for their incredible generosity and hospitality shone through in our stay. We started for Athirappilly Waterfalls.

It is believed to be the place where the waterfalls in Dheevara song in the Indian fantasy action movie Baahubali: The Beginning was shot. I wanted to go down in the water to play but my mother restricted just to have a view of it.

But I was surprised when the water fell on the rocks it refracted back in our direction. After some time, it began to rain. I literally got drenched by the force of the waterfalls and the heavy rain.

We bought an umbrella to protect ourselves from the rain but forgot to get an extra pair of clothes. By the way, if we wanted to change, there were no changing rooms.

Just sat wet, drenched in the car and told the driver to take us to the Monica Garden Bungalow, Valparai. We three had a dreadful time being wet in the whole Kerala trip memories.

After reaching Monica Garden Bungalow, we were just craving a hot bath. Felt fresh after having a shower. And opened books so as to prepare for the social exam. Then I took a break and came out of the tent to enjoy the gorgeous scenery all around.

Kerala is indeed God’s own country. 😎

After a while, the watchman came to our tent to tell us that the dinner was ready and we can go to the dining room. Then I noticed that his thumb and index fingers were bleeding.

Asked what happened to him. He replied it is an evergreen forest and thus contains many leeches. One of the leeches bit me. He also warned us to be careful and not to step on grass as it is how leeches get hold of us.

Had a hot-hot supper. When I was about to sleep, felt an itching sensation. After careful observation, I realized it was a leech. 😯 👿

Just before it was about to bite me I seized and crushed it. After killing the leech, I felt a little nervous that it would rise up again. When it did not rise up again, I felt better. I slept having nightmares about another leech nipping me.

The next morning, after having breakfast, we went to see some tea plantations. I saw grass everywhere so I was very careful enough to not to step on the grass. I jumped in as if it was necessary to get to rocks or stones.

This time, it was not me who almost got hurt by a leech but it was my father who almost got bitten by a leech. Then we had our lunch and left for sightseeing in the places near our tent. We went back to the tent with hungry faces.

Had our supper and went into the land of dreams and peacefulness.

DAY 5 @ Parambikulam – A Jungle to Get Lost In

Hairpin bends are sudden curves that you will notice when you descend a hill. My cheerful and excited mother gave me a surprise that we were going to a forest reserve named Parambikulam Tiger Reserve. I saw a variety of the flora and fauna in that forest reserve which I never saw in Hyderabad before.

Had a lunch that included my favourite chicken. After having lunch, we went into the forest for bird- watching, sightseeing and for looking for wild animals. We travelled a couple of miles deep into the forest on rocky terrain. We visited one of the oldest living teak trees, the Kannimara teak.

I took a couple of selfies with the giant old tree. Then we came back to our Tree House Stay. Then we went watching a tribal dance and when we reached back to the houses, it was past our dinner time so we had our dinner and had a peaceful sleep.

My dad and I woke up early in the morning for a trek in the forest with our guide. It was very scary. I saw the gigantic footsteps of an Indian elephant. But I also saw a good view and I had a dangerous experience that I will never forget.

After having breakfast, my parents and I went on a boat ride. We had a very beautiful view of the hills in the landscape.

A Fascinating Trip- Etched in the Memories:

After having a really good time, we went back to our Tree House Stay. Then we packed our bags and went to see a reservoir. The dam was nearly full of water. Later on, we went to a shop where one can buy hats, caps, and other accessories. I bought a cap for myself and two for my cousins.

Finally, said goodbye to our courageous, helpful and kind guide Raghu and told him that we will keep in touch. Then we went to Coimbatore to board our flight to Hyderabad. It was a long journey to the airport. When we reached the airport, the great and mighty old Sun was about to set.

We had reached the airport quickly and had to wait. Then I got to know that there was a match between India and Srilanka so I started searching for a good place to watch the match on the television.

On the same premises, I met a boy named Kartikeya and his sister Naumika. They were almost of the same age as me (Maybe a year younger than me). Kartikeya was a fan of cricket, just like me. They were accompanied by their mother.

We had an excellent time talking, fighting and playing on the plane. After reaching Hyderabad, we departed. 🙁 My parents and I went to our home while they went to their home.

Finally, Kerala trip experience turned to be an unexpected, funny and exciting surprise 😀! 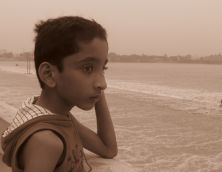 Nishith, I’m fourteen years old and live in India with my Mom and Dad. I love playing badminton, basketball, cricket and skating.

I love riding my mountain bike! I love playing my keyboard and listening to music. I also like reading books and exploring new things.

The world through my eyes & More about me.

Have a Look at: